The Future of Golf

Our hope is that your child will have fun during our clinics and camps and spend his/her summers hanging out at the golf course, playing and practicing!

“Our hope is that your child will have fun during our clinics and camps and spend his/her summers hanging out at the golf course, playing and practicing”

Cancellations less than 2 weeks prior are non-refundable.

Recommended for kids 9 to 13 years old

Junior Golf Academy is the perfect program for families looking for golfing instruction throughout the Summer, and it is a great way to continue to develop the skills your kids learned during Junior Camp. Perfect for junior golfers 9 to 13 years old.

Classes meet Tuesdays and Thursdays from 9:00AM to 10:30AM, and participants may register for as few or many dates as they would like.

To Register Online for individual sessions, please find the correct date on the calendar and register your junior for that date.

Our Junior Golf Programs are taught by the most experienced and respected golf instructors in the area, with over 60 years of combined experience.  Our team is led by PGA Professional Doug White and other local qualified instructors will join  this summer to provide a camp that is both fun and committed to developing young golfers. 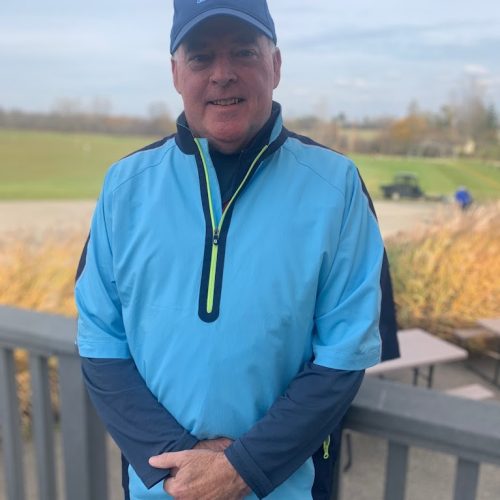 Doug has spent over 40 years as a golf professional in the Ann Arbor area. Most of them in private clubs but most recently splitting time between teaching golf at Lake Forest in the summer, and On the Dunes Sports during the winter months. While he is semi-retired he still loves to teach golfers of all skill levels.

Doug is past president of the Michigan PGA 2014-15. Doug and wife Sherri have 3 grown children and 4 grandchildren.

“I’m looking forward to the coming golf season and the opportunity to help golfers of all abilities to learn and improve their skills.”

Ashley is heading into her 7th season as one of Lake Forest’s Junior Golf Instructors/Coaches.

In 2021, Ashley was selected as the 2021 Michigan Interscholastic Golf Coaches Association (MIGCA) Boys Coach of the Year.

Following college, Ashley continued at James Madison as a Game and Facility Operation Assistant, as well as, an Assistant Golf Coach Internship. Before starting heading to the Public School system, Ashley remained in the golf and sports industry working as a Hockey Operations Intern for the Nashville Predators and also a Pro-Shop Manager and Instructor at Laurentide Golf Club in Ontario. 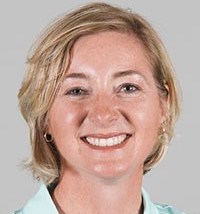 The first foray into the college coaching scene, but Jennings is no stranger to amateur golf having been employed for 13 years at various levels of the golf industry along with her own collegiate career. A native of Pemberville, Ohio, Jennings played in 82 rounds for the Eastern Michigan University Eagles between 1996 and 2000. She tallied a 79.7 scoring average with nine top-five finishes and 17 top-10 showings during her EMU career.

Part of the inaugural recruiting class for the EMU women’s golf program, Jennings was the 1998 Mid-American Conference Golfer of the Year before an official league championship was held, and then followed it up by collecting Second Team All-MAC honors in 1999 and First Team All-MAC accolades in 2000. At the 2000 MAC Championships, Jennings finished fourth as a senior with a final score of 226 (78-75-73) as the team recorded a third-place showing.

The medalist at the 1999 Lady Gopher Invitational, Jennings collected honors off the course as a 1998 Academic All-MAC honoree as well as a 1999 Division I Scholar by the National Golf Coaches Association. For her efforts, she was selected to participate in the 1999 LPGA Jamie Farr Kroger Classic in Sylvania, Ohio. She also took part in numerous amateur tournaments, including a 10th-place finish at the 2002 Michigan Women’s Open and the 1998 and 1999 U.S. Women’s Amateur Publinks Championships.

Following graduation, Jennings began working as an assistant golf professional at Lakelands Country Club in Brighton, Mich. There she became involved with the Michigan PGA’s Assistant’s Association and volunteered to be the group’s secretary in 2002. From there she moved on to an assistant position with Barton Hills Country Club in Ann Arbor, Mich.

From 2006-11, Jennings was the Director of Golf Programs with the Executive Women’s Golf Association (EWGA). During her time at the EWGA, she led the EWGA Championship to a record participation year and earned an ING Industry Honors Award in Tournament Service.

In 2012, Jennings was hired as the director of communications/player development coordinator for the Middle Atlantic Section of the PGA. She returned to Michigan in 2015 as the Director of Player Development for Golf Digest’s 42nd best public golf course in the country, Shepherd’s Hollow Golf Club, and sister courses Pine Trace Golf Club and Cherry Creek Golf Club.

The 2022 season will be Stephanie’s 5th year as one of Lake Forest’s Junior Golf Instructors/Coaches. Patrick graduated from Eastern Michigan University in 2007. He started working with the Huron High School Golf programs in 2009 as an assistant coach. He was the men's assistant for nine years before he took over the head coaching duties in 2018 and is currently serving in that position. In 2011 he became the women's head coach as well. He joined Lake Forest in 2020 and manages Golf Operations as well as assists with teaching Junior Golf programs.